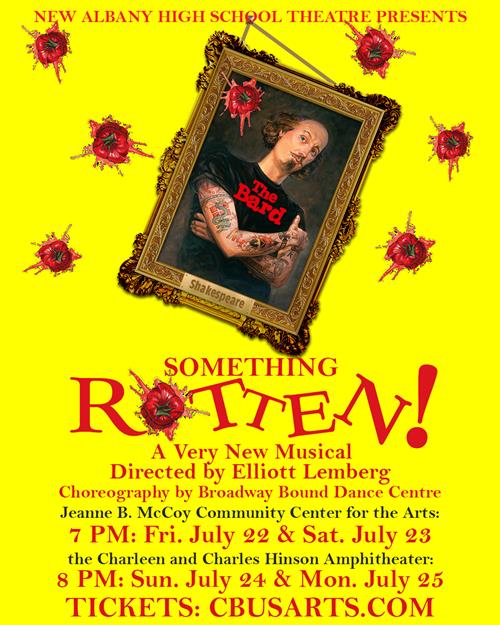 This summer, New Albany High School Theatre Department is producing the musical comedy Something Rotten!, a hilarious mash-up of sixteenth century Shakespeare and twenty-first century Broadway about two brothers who set out to write the world's first musical.

Set in the 1590s, brothers Nick and Nigel Bottom are desperate to write a hit play for their floundering theatre troupe, but are constantly being overshadowed by "rock star" William Shakespeare. After paying a soothsayer to tell them about the future of theatre, they begin writing the world's first musical. However, they soon discover that reaching the top means being true to thine own self and all that jazz.

Tickets may be purchased at Cbusarts.com.