The New Albany FIRST Robotics Team, otherwise known as Team AIR (All-In Robotics) or Team 5667, recently competed in two events. The first event, the Buckeye Regional at Cleveland State University from March 25-28th, was the team's first ever competition with a total of 56 teams in attendance. Throughout the event, the team continued to hone their strategy and by the end were starting to get the look of a far more veteran team. For their efforts, they took home the Rookie Inspiration award which, "celebrates a rookie team’s outstanding success in advancing respect and appreciation for engineering and engineers, both within their school, as well as in their community."
The second event was the Queen City Regional held at Xavier University from April 1-4 and put Team AIR against 47 other teams. The team was able to make use of everything they learned from the previous competition, which really showed as they were consistently within the top 10-15 teams throughout the event - until an untimely mishap with the battery connections caused the robot to become non-operational during one of its final match ups. They ended the competition as an alternate for playoffs, just barely missing the chance to advance. The team managed, however, to take home two large awards, including the Highest Rookie Seed award given to the top Rookie team in the event, and the Rookie All-Star Award, which, "celebrates the rookie team exemplifying a young but strong partnership effort, as well as implementing the mission of FIRST to inspire students to learn more about science and technology."
By earning the All-Star Award, the team also earned an invitation to compete in the World Championships against hundreds of the top teams from all over the globe taking place in St. Louis, Missouri from April 22-25. 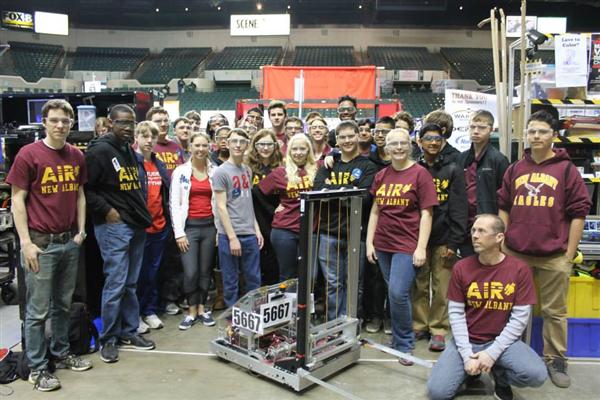 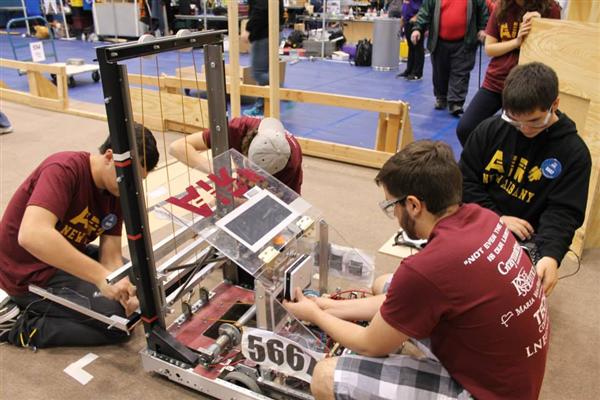 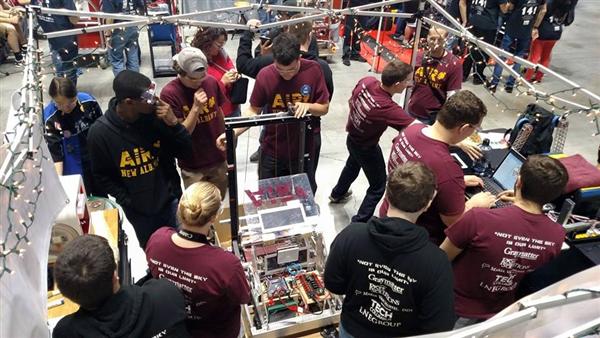 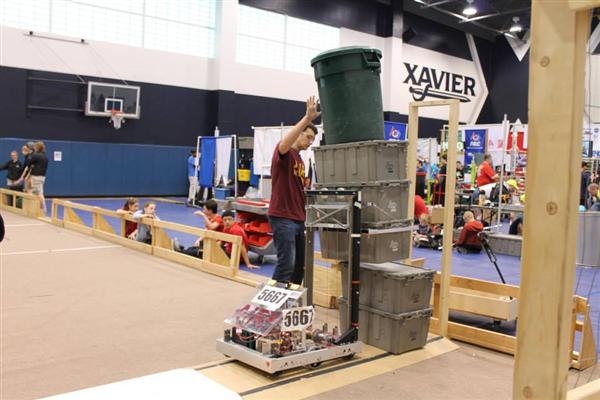 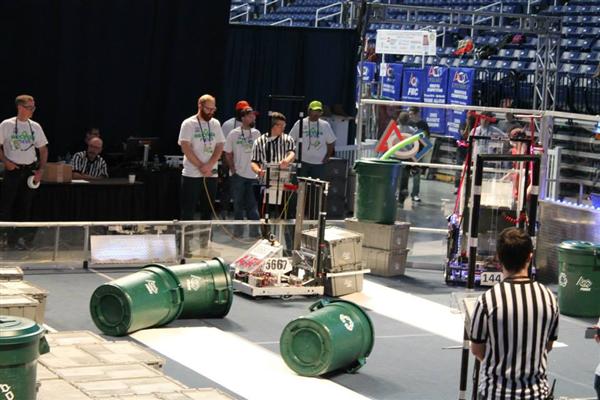