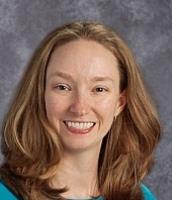 On June 6th, 2014, Ms. Jessica Nettler became Mrs. Whitehead. She is enjoying the craziness associated with a name change, but don't worry, she is still the same short teacher in the same classroom with no windows, and she won't get upset if you get her name wrong a few times. In 7th grade, Mrs. Pisauro sparked a love of science in Mrs. Whitehead that grew throughout her high school years with Mrs. Scott and Mrs. Hatch at St. Francis DeSales. Mrs. Whitehead went on to major in physics and minor in technical theatre at THE Ohio State University with a focus in secondary science education. She graduated in 2007 with a bachelor in science degree and then continued straight on to earn a Master of Education degree in the summer of 2008. She started teaching physics at New Albany High School the day after graduation and has loved it ever since. Mrs. Whitehead has taught, physical science, physics, and Principles of Engineering over the past nine years and is excited for her first combination of all three this year. She also serves as the technical director for the New Albany Theatre Department.