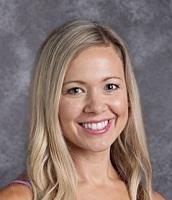 My name is Mrs. Lindsey Ginnan and this is my seventeenth year teaching in New Albany! I spent eleven years teaching second grade, two years teaching first grade, and this is my fourth year teaching kindergarten. I will be teaching kindergarten virtually this year! I graduated from Ohio State twice, earning both my undergraduate and graduate degrees. I grew up in the Cincinnati area and most of my family lives there, with the exception of my younger brother named Derek. He is a professor at University of California San Francisco.

I enjoy reading, traveling, cooking, working out, and teaching of course! I really love teaching kindergarten and feel honored to teach some of the youngest learners in the district. My goal is to provide each child with a positive start in their educational career.