Mrs. LeBeau is focused on instructional leadership, increasing student achievement and growth, establishing high expectations for outcomes within a positive culture and climate, and actively engaging students, staff, and parents. During her career she has worked to redesign a middle school to maximize instructional time for students.

Mrs. LeBeau is committed to demonstrating the leadership necessary to allow her to serve New Albany Middle School for years to come. Mrs. LeBeau holds a Master of Arts Degree in Educational Administration and a Bachelor of Science in Education from The Ohio State University. She lives in Grove City with her husband, Todd. Mr. and Mrs. LeBeau have three adult children. 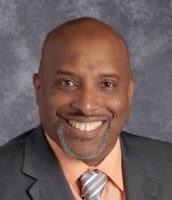 Mr. Kevin Freeman was selected to serve as assistant principal at New Albany High School in the summer of 2018.

Mr. Freeman brings an extensive background in educational administration and knowledge of best practices to New Albany High School. Prior to joining the administrative team at NAHS, he served as the principal of Sherwood Middle School in Columbus. He completed his 15th year as head principal in 2018, and led his school in earning the Ohio Department of Education’s Momentum Award for excellent growth in student achievement. Mr. Freeman brought STEM programming to the middle school in the form of Project Lead the Way, Computer Science, Robotics, and Video Game Design and Programming. Mr. Freeman began his career as a middle school mathematics teacher and basketball coach, winning awards for excellence in teaching at both the school and district levels.

Mr. Freeman is a student-centered, experienced leader who believes in developing an inclusive culture where all students have access to rich learning experiences.

Mr. Freeman earned a Master of Arts in Education Policy and Leadership from The Ohio State University, and is currently pursuing his doctoral degree in Education Administration at Ohio University. He resides in New Albany with his wife Edwynna. He has three children - Kevin Jr, Makaela, and Kennedi. 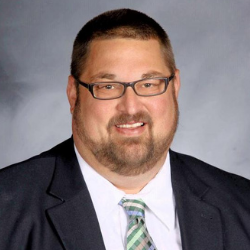